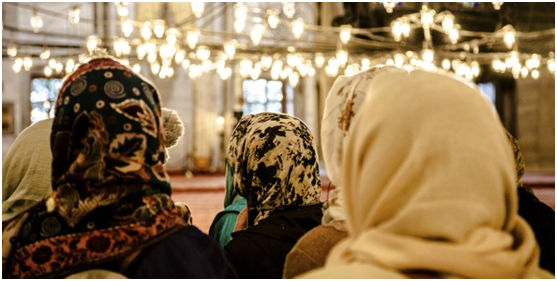 A campaign for equality in Scottish mosques has been launched this year by Muslim women who want to point out the underrepresentation on committees and lack of discussion around issues that affect women.

The Scottish Mosque For All (SMFA) wants “to highlight the importance of inclusivity of women in our Scottish mosque spaces at all levels”.

On the official website it says: “It is unfortunate that some mosques still do not provide basic access for Muslim women to use the facility to pray, or the quality of the space can often be inadequate and not suitable”.

“It is also unfortunate that many mosques have limited, or no women present at mosque trustee or managerial level either intentionally preventing women from taking up these roles or not sufficiently providing a welcoming atmosphere where women feel comfortable to get involved”.

“The place and role of women in mosques is in real crisis in the UK and elsewhere and this status quo must change”.

The SMFA asked Muslim women to answer an online survey on their Facebook page. Two-thirds of the respondents voted that their mosque did not adequately cater for women.

This issue is what the SMFA is aiming for to change.

Also, they ask their followers and women in general to answer a questionnaire on their website. The questions vary from if the mosque has a TV system in the women’s area to if female speakers are invited to present.

If it will be possible to change the situation in all mosques, is a different issue. Mosques will need funding in order to make it more inclusive. “But there are changes that do not cost money” SaminaAkhtar, a PhD Student in the Department of Sociology and supporter of SMFA says: “More space for women on committees”.