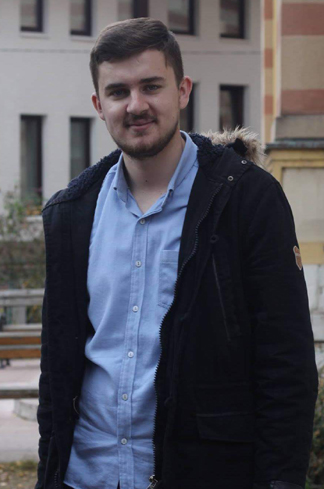 Chosen Ayah / Hadith: Prophet Muhammed pbuh. said: ”If any of you becomes angry, let him keep silent.’’ He repeated this sentence three times.

To explain why I choose this hadith, I’ll write a short story, and my story explains everything. It is known who is the king of the forest. The lion is significant in appearance and is strong, and therefore he is the king of the jungle. The lion as a lion, king as king, strong and powerful ordered all animals in the forest to bring him food every day. That’s the way it was. every day they brought him food, he would have eaten and left the rest to other animals. One day foxes were supposed to bring food. The lady waited, waited, fairly hungry, and therefore he was angry and just when he went to ask her, the fox came, but her empty hands. “Where is lunch?” The lion asked. “Forest Excellency, I had no other way out, but what I brought to you gave you another lion that is stronger and bigger. That’s not all, he’s still saying he’s from now on the king, not you. That’s why I gave it to your lunch. “The lion, as hungry, was even angrier and asked the fox where the lion was. “Come quickly, show me!” The fox led him to the edge of a breakthrough, on whose floor was the water. When he looked, his figure appeared in the water. He crazed with anger and jumped without hesitation … At that moment he realized that he was caught in the trap of a deep breakthrough, and the fox began to laugh.

We can see what rage and angry behavior brung to the lion, nothing good that’s sure. So this is the reason why I always have this hadith on my mind. And this is part of life where Islam and Muhammed pbuh. helped me. Because of this story and this hadith I learned how to be patient, and how to ”hold” my anger in every situation I came to.

This may be a little strange comparison, or it is presented in the simplest way, but it is also relevant. How many times have we been in the position of a lion? I am sure, many times, in different situations with different people profiles. Every time I did something and I did not think before, or allowed hatred and anger to take hold of me, it had negative consequences for my relationship with other people. On many occasions, I have shown my anger towards my best friend, not taking into account that this is just the current state in which I am, and not what I really am and how I feel. For this reason, this hadith, or message of Prophet Muhammad pbuh. it helps me in my everyday life and maintain relationships with other people, and avoiding the troubles in which we can find ourselves if we allow anger and hatred to overcome and overwhelm our reason.

Why did the lion allow it to be deceived? The answer is simple, because at that moment, while he was angry, he did not take into account the fact that the job of a liar was to deceive, to squabble. The other thing, he took the wrong weapon for the fight, namely, that which is called anger. It was enough just one second to stay and see the situation, he would realize that it was a reflection of a lion, not a lion.