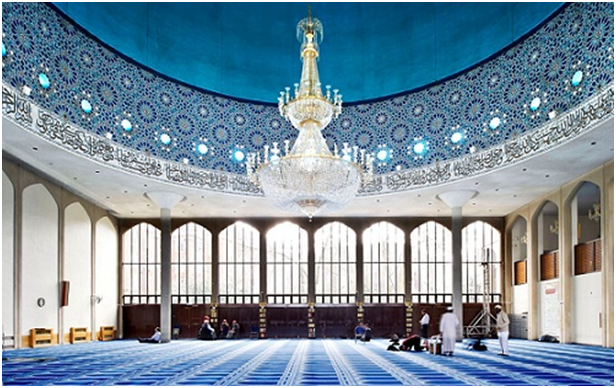 LONDON – The British Minister of Heritage, Michael Ellis, announced on Tuesday giving a protected heritage status to two London mosques and upgrade the status of two others as a recognition of their historic, architectural, and cultural importance.

“Listing the mosques preserves the importance of these worship places and celebrate the rich heritage of Muslim communities in England,” the minister told Evening Express.

The new and upgraded listings, made by the Department for Culture, Media, and Sport (DCMS) of the Ministry of Heritage, was accomplished at the advice of Historic England.

It comes as a result of research for the heritage agency’s new book The British Mosque.

The listings follow a project that has been running for around nine years to identify and assess valuable Muslim religious buildings.

Historic England is an executive non-departmental public body of the British Government sponsored by the DCMS that is tasked with protecting the historic environment of England by preserving and listing historic buildings, ancient monuments, and advising the central and local government.

Britain’s first purpose-built mosque, in Woking, Surrey, has been granted a greater protection by upgrading it to Grade I. Moreover, the first functioning mosque in the UK, in Liverpool, received a Grade II* status.

The London Central Mosque and Islamic Cultural Centre in Regent’s Park, built as a center point for Muslim worship in London and a landmark of the faith in Britain, is now listed at Grade II*.

The founding fund for the mosque started in 1910, and the Government under Winston Churchill offered the site as its location in the 1940s in recognition of the importance of Islam in an increasingly multi-cultural society.

However, the building’s construction, which combined British modernism with traditional Islamic architectural styles and has a prayer hall which can hold several thousand worshippers, a golden dome, and a 44m high minaret, didn’t start until 1970 and was completed seven years later.

Another mosque, the Shah Jahan mosque in Woking, which dates back to 1889, has been upgraded from Grade II* to become the only Grade I listed mosque in the UK.

The Asian Orientalist style mosque is now on the same standing such as Brighton Pavilion and Buckingham Palace, while the Salar Jung Memorial Hall, which forms part of the complex, has been newly listed at Grade II.

Brougham Terrace aka Liverpool Muslim Institute, thought to be Britain’s first fully functioning mosque since 1887, has been upgraded to Grade II* status to reflect its importance in telling the story of the emergence of Islam in England.

The institute was founded by the British Muslim convert William Henry Quilliam and has officially started its activities in 1891.

And Howard Street Mosque, Bradford, which is already listed at Grade II, has had its entry on the heritage list updated to reflect its importance as a ‘house mosque’, converted from a home into a place of worship.

Despite the official efforts to protect the Islamic heritage of UK, there are fears that some mosques in the UK might have been ignored in the new planning.

“The mainstream narratives of architecture and architectural history haven’t taken into account the contribution of mosques and temples, largely because nobody knows what’s there and where it is, so it’s kind of been invisible,” Linda Monckton, head of communities research at Historic England, told the Daily Telegraph.

“I think there have been buildings that have been missed, because we didn’t know where they were or what they were because there was no survey, and no analysis, and no evidence.”

She continued that “there is a wealth of things about which we know nothing, so to be able to do the first-ever survey of all of these buildings as a group, to us, is a really huge step forward, because until we know it exists it is by definition underrepresented, so it’s addressing that really clear imbalance.”

According to the Daily Telegraph, there are about 1,500 mosques in the UK and around 16,000 parish churches