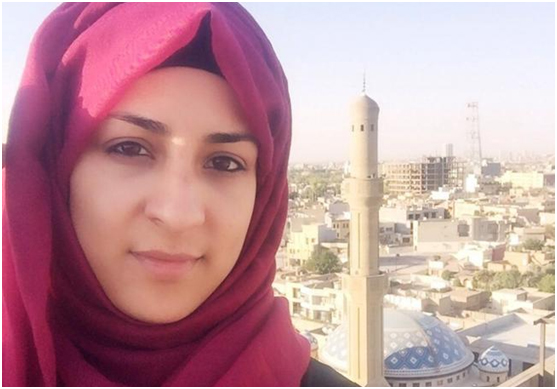 A British aid worker heading into the ruins of Mosul has said she is aware of the possible dangers, but that helping those trapped in the Iraqi city is far more important.

The black flag of Islamic State (IS) flew over Mosul, which quickly became a stronghold for the militants, for more than three years after the group seized control in June 2014.

Earlier this week a “total victory” was declared by the Iraqi prime minister, after nearly a nine-month battle to reclaim what is the country’s second biggest city from the murderous extremists.

MadihaRaza, who works for British-based charity Muslim Aid, was recently tasked with helping victims of the Grenfell Tower tragedy but is set to head into Mosul in a few days.

The 29-year-old from Northwood, London, who works as a senior digital communications officer, said she opted to go to northern Iraq after seeing the harrowing images coming out of the city.

“I am very aware that it can be dangerous, but for me, it is more important to get the word out there and that is my goal of going in,” she said.

“And also to go and help out is important. I can sit here and look at these pictures and say ‘look how sad they are’, but what am I actually doing about it?

“I am aware of the danger, but for me, it is secondary to helping the people that need it.”

With pockets of IS resistance still to be cleared from parts of west Mosul, Ms. Raza said there are some civilians who “do not know some areas have been liberated”.

Earlier this week, International Development Secretary Priti Patel told the Commons that almost 50,000 homes have been destroyed in Mosul, with 700,000 people still displaced and in need of assistance.

Muslim Aid’s teams are providing food and water after they evacuate people to safer areas near checkpoints, and are providing portable latrines for the displaced civilians.

One kilogram of sugar cost £385 under ISIS control, so people have had to sell everything they own to be able to buy food to survive, the charity said.

Ms. Raza said Muslim Aid is “one of the very few charities that have access to all areas” within Mosul, and that she will be offering humanitarian help to those leaving the city.

She said: “We have evacuation teams who help evacuate people that are trying to escape.

“Once we receive the evacuees we also help distribute food aid and water and provide any immediate medical attention that they might need.

Quizzed about her biggest worries ahead of going into Mosul, Ms. Raza said she is concerned about how she will deal with her emotions.

“I am apprehensive to see how I am going to be feeling,” she said.

“Seeing these people up close and personal, having been through what they have been through, I hope I can support them in the best way I know how.

“For me, that is the biggest worry – I know it can be quite emotionally traumatic to be out there.”

Story from The Muslim Vibe