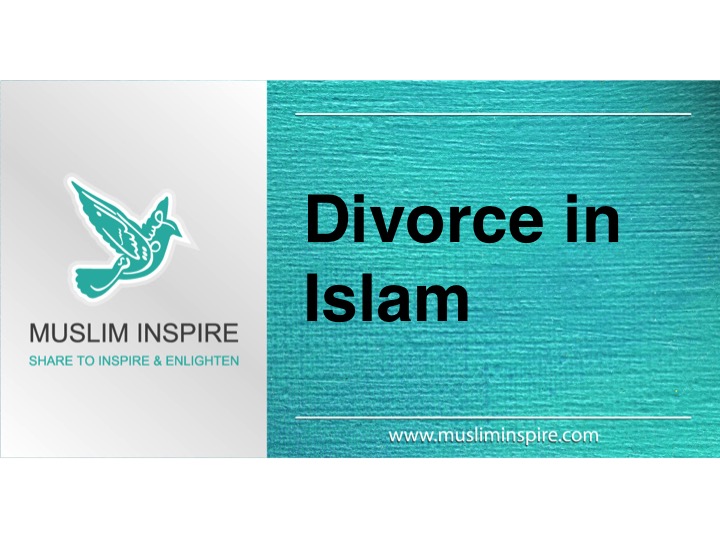 Marriage is indeed a sacred bond that brings together a man and a woman by virtue of the teachings of the Qur’an and the Sunnah. Thus, each partner in this sacred relationship must treat the other beautifully and with love and respect.

A man must not divorce his wife without just reason, and this was considered one of the major and grave sins. It is also forbidden for a woman to ask for a divorce without good reason.

The Prophet (peace and blessings be upon him) said, “Among lawful things, divorce is most hated by Allah” (Abu Dawud)

The spouses should avoid divorce as much as possible. If they have difficulties and problems they should try to work out their differences and seek help from their relatives, friends, or professional counselors. However, if the differences are irreconcilable then divorce is permissible, but it should be done in a decent manner that respects both sides.

Islam considers marriage a solemn contract (mithaq ghalizh) and reckons it as the duty of both parties who have entered into such contract by invoking God’s name and words, to seek to preserve it intact according to the best of their abilities. For future of humanity lies in the sound family which is the cornerstone of society.

Having said this, divorce however, must not be considered a closed door. There are genuine cases when divorce is the only option available. Here are a few valid reasons

Any one of the above-mentioned reasons can be considered as a valid ground for divorce in Islam. If in a legitimate case warranting a divorce a husband refuses to divorce his wife, then she is certainly justified by Islamic Law to approach the proper legal authorities to get a divorce: The judgment of divorce thus rendered by such authorities can be deemed as valid in Islam. May Allah help us all to conduct our affairs with sound wisdom, understanding, sincerity, and faith, amen.