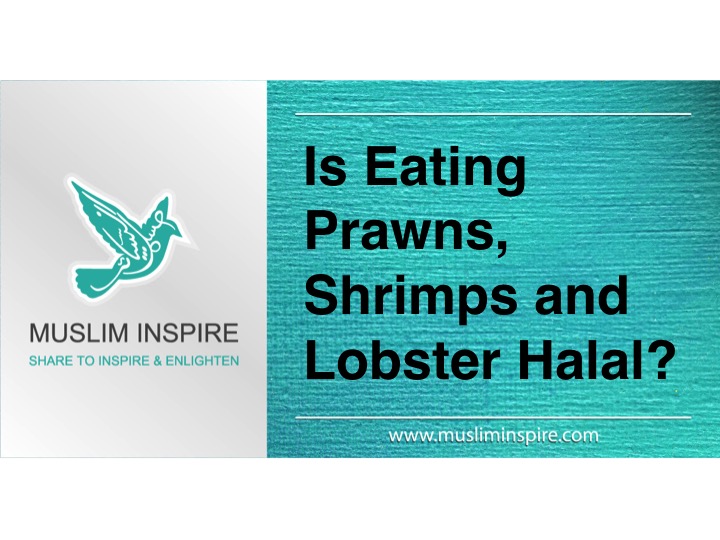 Allah Almighty says, “The game of the sea and its food are lawful unto you.” (Al-Ma’idah 5:96)

Since neither Allah nor His Messenger excluded any type of fish from this permission (and we know for a fact that “Allah is never forgetful”), the vast majority of scholars hold the view that all varieties of fish found in water (which includes the sea, lakes, rivers, ponds, wells, etc.) are lawful for us to consume.

The wording here is general and it should be applied generally. Furthermore, the Prophet (peace and blessings be upon him) was asked about the sea, and his reply was, “Its water is pure (for the purpose of purification rites) and its fish is lawful for you to eat.” (Abu Dawud)

This was the view of imams such as Malik, Ash-Shafi`i and Ahmad. It is also the opinion of Imam Abu Hanifah and his two foremost disciples, Abu Yusuf and Muhammad, with regard to all types of fish, including shellfish.
Those scholars who exclude shellfish from this category of lawful games of the sea have no solid proof. Therefore, the view of the former is considered to be the strongest.

In conclusion: It is considered lawful for us to consume prawns, shrimps and lobsters.