This Egyptian startup is battling the stigma around mental health 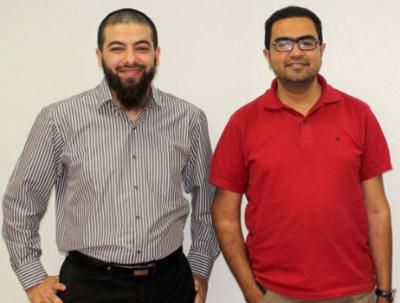 Ideas that are born out of personal experience seem to go the distance. Shezlong, the region’s first online platform specialising in rehabilitation and psychotherapy, came about after software engineer and founder Ahmed Abu el-Haz experienced a horrific horse riding accident in 2014.

“I was told I would never walk again. What started as a fun trip with my friends turned into my worst nightmare,” Ahmed recalled. “I was bedridden for three months with no one to talk to […] and that’s when the idea hit me.”

“It took me three months to quit my job, learn how to launch a startup, prep a business model, apply to several incubation centers, and finally get accepted by the Egyptian government’s Technology Innovation and Entrepreneurship Center (TIEC) to basically launch Shezlong. I channelled all my energy towards it.”

What started as a team of three doctors and one patient from Saudi Arabia quickly turned into a multinational platform hosting 75 therapists from 12 different countries and serving over 20,000 patients from 45 countries, from an 11-year-old to patients over sixty.

“In July 2015, I wanted to build a strong team of professionals, and so I approached one of our best therapists, Mohamed El-Shamy, to become Chief Medical Officer and the Medical Director for Shezlong.”

Together, the duo slowly grew their platform but started to struggle with funding soon after. As a result, Ahmed and Mohamed took part in several entrepreneurship events and went on to become one of the finalists in the 8th MIT Enterprise Forum Arab Startup Competition. It was when Shezlong won 1776’s startup competition that they were finally able to raise cash to take their platform to the next level.

By the end of 2016, the startup closed a $150,000 investment deal with A15, a tech investment group, and other investors such as Karim Hussein, Vice President of WebMD, as well as angel investor Tarek Fahim, of Endure Capital.

But for Shezlong, funding wasn’t the only obstacle in their way. The social stigma that is associated with seeking professional mental health in Egypt was one of the company’s biggest obstacles.

Seeking psychological help or visiting therapists is still considered taboo in Egypt, hence the increasing number of mentally ill people who, in most cases, risk social isolation, extreme behavioural changes, and sometimes suicide. According to a report released by the WHO, only 2 per cent of health care expenditure by the Egyptian government’s health department is devoted to mental health, and mental health finance is insufficient to cover the costs of the necessary mental health services in Egypt.

With the help of social media campaigns, Shezlong has been successful in introducing the concept of online psychotherapy and assuring anonymity, thus becoming a haven for many.

“We are still trying to overcome perceptions, but we started by focusing on people who were already accepting of the idea of a psychiatrist, and we were only offering a new platform for them to seek help anonymously, online,” Ahmed said. “The second phase was an awareness campaign against depression and the different types of diseases that we can help solve. It’s a continuing process, and we’re slowly getting there.”

The duo plan to launch an app this summer, expand to the rest of the MENA region and further develop the product to offer parent counselling. There are also plans for Shezlong to incorporate counselling services for companies and to be the first to launch texting therapy, whereby patients would be able to seek help via WhatsApp.