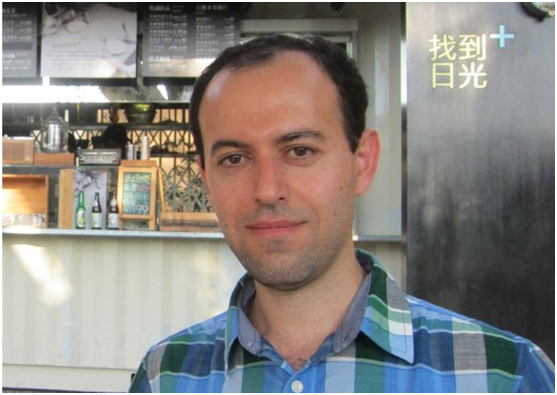 One of the most prestigious prizes in mathematics, the Fields Medal, has been handed out at a ceremony in Brazil.

CaucherBirkar, AlessioFigalli and Peter Scholze, and AkshayVenkatesh are all honoured for major contributions to their respective areas in mathematics.

Prof Birkar, a Kurd, came to the UK as a refugee; he applied for political asylum while at university in Iran.

The University of Cambridge mathematician said he “couldn’t imagine that this would come true”.

However, it emerged that the 14-carat gold medal given to DrBirkar at the ceremony in Rio de Janeiro, Brazil, had been stolen just minutes later

According to Brazil’s TV Globo, he left the medal along with his wallet and phone in a briefcase on a table at the convention centre where the event was taking place.

He alerted security staff when he noticed the case was missing and they later found the case, but the medal and wallet were not there.

CaucherBirkar was born on a farm in Kurdistan Province, near the Iran-Iraq border, and was raised during the eight-year war between the two neighbouring countries that broke out in 1980.

He told Quanta magazine that while growing up, his maths club in Tehran had pictures of Fields Medal winners lining the walls.

“I looked at them and said to myself, ‘will I ever meet one of these people?’ At that time in Iran, I couldn’t even know that I’d be able to go to the West,” he said.

While studying for his undergraduate degree at the University of Tehran, he travelled to the UK and sought political asylum there.

He established a reputation within academia with his work on birational geometry and has previously won the prestigious Leverhulme Prize.

The Fields Medals are awarded every four years to the most promising mathematicians under the age of 40.

AlessioFigalli, 34, was born in Rome but works at ETH Zurich, a science and technology university in Switzerland. He is an expert on calculus of variations and partial differential equations.

“This prize gives me so much joy,” MrFigalli told the Italian news agency Ansa. “It is such a big thing that I’m struggling to believe that I have received it.

“It is a great stimulus for the future,” he added. “It will motivate me to work in my research fields to try to produce studies of a very high level”.

The youngest of the four, Peter Scholze, who is 30, works at the University of Bonn. His research focuses on the intersection between number theory and geometry. He was widely tipped to win the prize ahead of the announcement.

Prof Martin Hairer, from Imperial College London, who was awarded the Fields Medal in 2014, said the award could be transformative for the winners.

“At a less ephemeral level, it makes them figureheads within mathematics for their area of research, so they will spend much more time communicating to a broader audience than what they are probably used to.”

There have been 56 winners, though one of them – the Russian Grigori Perelman – declined the award in 2006. Dr Perelman was famously reclusive and shunned attention in favour of working on his favoured fields.

There has been only one woman winner – the Iranian Maryam Mirzakhani. A professor at Stanford University in the US, she died in 2017.

CédricVillani made a move into politics after winning the prize in 2010. Last year, he became a National Assembly member in his native France for Emmanuel Macron’s En Marche party.

Martin Hairer added: “At the end of the day, while some of the laureates have capitalised on their medal to initiate a change of career (CédricVillani comes to mind), most of them continue to produce outstanding research in their chosen area and, to a large extent, lead the same kind of life as any other highly successful mathematician.”

At least two, and preferably four people, are always honoured in the award ceremony.

The prize was inaugurated in 1932 at the request of Canadian mathematician John Charles Fields, who ran the 1924 Mathematics Congress in Toronto.

The medals themselves are still produced by the Canadian mint.

The awards were announced at the International Congress of Mathematicians in Rio de Janeiro.