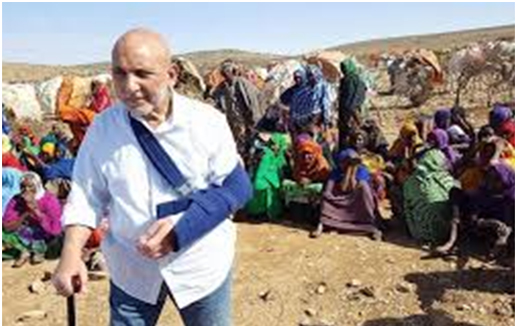 Hany El-Banna is the founder of Islamic Relief, an international relief and development organisation, which aims to alleviate the poverty and suffering of the world’s poorest people. He is also the founder and the President of Humanitarian Forum, which seeks to foster partnerships and closer co-operation among humanitarian and charitable organisations from Muslim countries and their Western counterparts. Dr El-Banna has visited over 60 countries on behalf of these organisations.

Dr El-Banna was awarded the Order of the British Empire by Queen Elizabeth II in 2004; in the same year Dr El-Banna also received the Ibn Khaldun Award for Excellence in Promoting Understanding between Global Cultures and Faiths (UK). It was also in 2004 that the Egyptian Medical Syndicate awarded him for his services to humanity and medicine. In 2005 he received the Kashmiri and Pakistani Professional Association Award and in 2006 he was awarded the Asian Jewel Lifetime Achievement Award. Acknowledging his worldwide work and influence in 2007, the UK Muslim Power 100 awarded him with their lifetime achievement award and the University of Birmingham has awarded him an honorary doctorate.

Influence & Impact on the community: