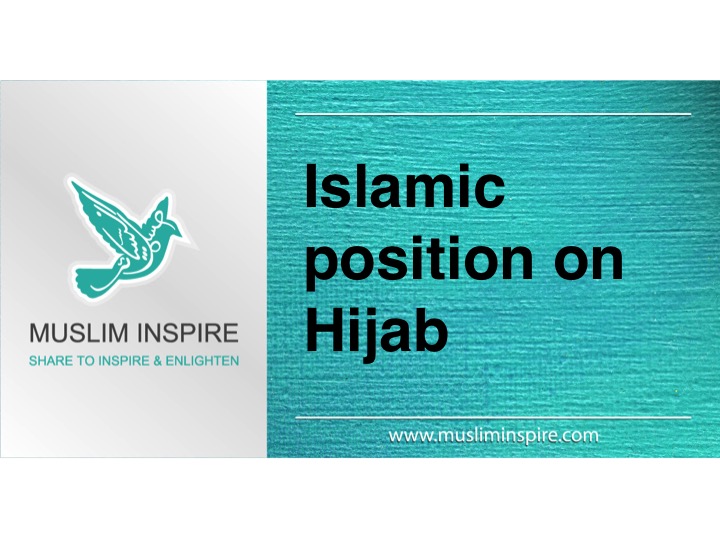 Hijab is referred to by various names, the most common of which is headscarf. While hijab is commonly associated with women, Muslim men also sometimes wear a head covering as a means of showing modesty. Additionally, Christian and Jewish women in some traditions wear a headscarf as a cultural practice or commitment to modesty or piety.

Hijab ( حجاب): The first type of hijab that is most commonly worn by women in the West is a square scarf that covers the head and neck, but leaves the face clear. This form of hijab is most commonly referred to as hijab.

Shayla: The Shayla is a long, rectangular scarf that is wrapped loosely around the head and tucked or pinned at the shoulders. Like the hijab and al-amira, this form of hijab covers the head but often leaves the neck and face clear.

Khimar ( خمار): The khimar is a long, cape-like scarf that is wrapped around the head and hangs to the middle of the back. This type of hijab covers the head, neck, and shoulders, but leaves the face clear.

Niqāb ( نقاب): The niqab is a face-covering that covers the mouth and nose, but leaves the eyes clear. It is worn with an accompanying khimar or other forms of a headscarf.

Burqa ( برقع ): The burqa covers the entire face and body, leaving a small mesh screen through which the woman can see through.

The word hijab means ‘barrier’ or ‘partition’ – however, in Islam, the covering holds a wider meaning. Wearing the hijab is part of the principle of modesty and privacy, that includes behaviour as well as dress, for both men and women.

Hijab does not only refer to head cover but to the whole dressing of a woman. This means that there are certain requirements for a woman’s dress to be Islamic: It must cover the whole body.

Why do women wear hijab?

Muslim women choose to wear the hijab or other coverings for a variety of reasons. Some women wear the hijab because they believe that God has instructed women to wear it as a means of fulfilling His commandment for modesty. For these women, wearing hijab is a personal choice that is made after puberty and is intended to reflect one’s personal devotion to God. In many cases, the wearing of a headscarf is often accompanied by the wearing of loose-fitting, non-revealing clothing, also referred to as hijab.

Why do some Muslim women not wear the hijab?

Like the women who choose to wear the hijab, those who choose not to wear the hijab do so for a variety of reasons. Some Muslim women believe that although the principles of modesty are clearly outlined in the Qu’ran, they perceive the wearing of the headscarf as a cultural interpretation of these scriptures. These women sometimes believe that the values espoused by the wearing of the headscarf can be achieved in other ways. Some women believe that while the hijab allowed women in the past to engage in public society without garnering attention, the headscarf in contemporary Western society brings more attention to women and is thus contradictory to its original purpose. Others believe that the hijab and other external practices have become inappropriately central to the practice of Islam, and instead choose to focus on their internal and spiritual relationship with God.

6 Islamic Clothing Criteria for both men and women

The majority of imams – including those of the four schools, as well as others – share the above interpretation of Ibn `Abbas, and thus hold the opinion that a woman is not obliged to cover her face and hands.

Moreover, the evidences in the sources – the Qur’an and the Sunnah – are overwhelming in showing that the hijab, as prescribed by Islam, was not meant to segregate women or shut them out of the social involvement and participation in the affairs of the Muslim community. This is since the participation of Muslim women – at all levels of Islamic life – is fully documented beyond a shadow of doubt in the sources of Shari`ah. Such active participation as described in the sources is conceivable only if we assume that women were not wholly covered from head to toe.

The Qurʾan addresses women’s dress and modesty primarily on two different occasions: 1) In the first of these occasions, the Qurʾan states: “And say to believing women that they should lower their gaze and guard their modesty; that they should not display their beauty and ornaments (zīnah) except what [must ordinarily] appear thereof; that they should draw their veils (khumur) over their bosoms (juyūb) and not display their beauty (zīnah) except to their husbands, their fathers, their husbands’ fathers, their sons, their husbands’ sons, their brothers or their brothers’ sons, or their sisters’ sons, or their women, that which their right hands possess, or those male servants who have no physical desire, or children who are not yet aware of the ‘awrāt of women. And they should not stomp with their legs lest they reveal what they hide of their ornaments (zīnatihinna)” (Q. 24:31)

In conclusion: a Muslim woman is required to cover all her body except her face and hands, according to the majority of scholars belonging to all schools. Covering the head is not obligatory however a choice a women can make.