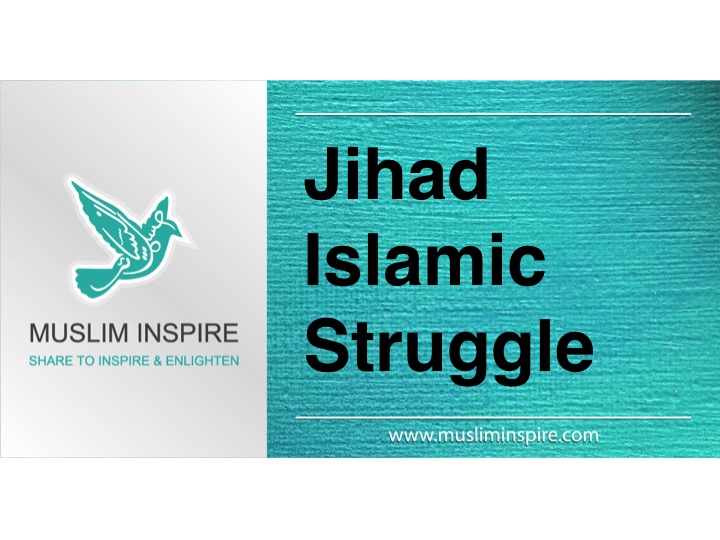 The word “jihad” does not mean “holy war”. It actually means “to struggle” or “to strive”.

In a religious context it means the struggle to successfully surrender one’s will to the will of God. Some Muslims may say they are going for “jihad” when fighting in a war to defend themselves or others, but they say this because they are conceding that it will be a tremendous struggle.

There are many other forms of jihad which are much more relevant to the everyday life of a Muslim such as the struggles against laziness, arrogance, stinginess, one’s own ego, or the struggle against a tyrant ruler or against the temptations of Satan, etc. Regarding the so-called verses of “holy war” in the Qur’an, two points: A) The term “holy war” neither appears in the Arabic text of the Qur’an nor in any classical teachings of Islam. B) The vast majority of verses in the Qur’an pertaining to violence refer to wartime situations in which Muslims were permitted to defend themselves against violent aggression. Any rational, intellectual analysis of the context and historical circumstances surrounding such verses, often ignored by pundits or violent extremists, proves this to be true. Other verses of violence deal with stopping oppression, capital punishment and the like.