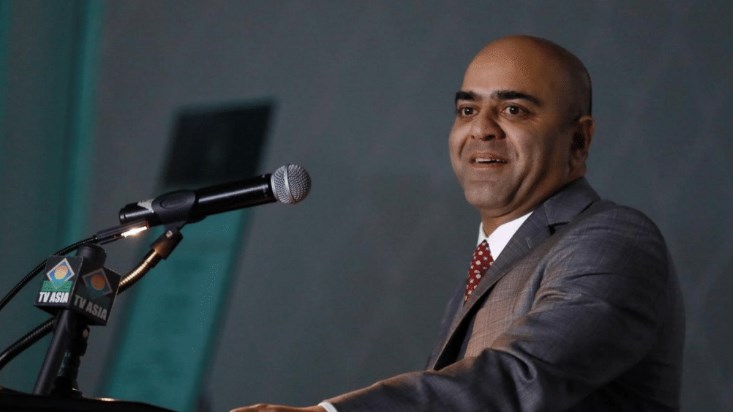 US President Joe Biden officially announced on Tuesday the nomination of Zahid Quraishi to the US District Court of New Jersey and, if confirmed by the Senate, he will be the first Muslim American to serve as a federal district judge.

“This trailblazing slate of nominees draws from the very best and brightest minds of the American legal profession,” Mr Biden said. “Each is deeply qualified and prepared to deliver justice faithfully under our constitution and impartially to the American people – and together they represent the broad diversity of background, experience and perspective that makes our nation strong.”

Mr Quraishi, the first Muslim nominee for a federal district judge position, was also the first Muslim to become the magistrate judge for the District of New Jersey, Trenton vicinage, on June 3, 2019.

Mr Quraishi, who is of Pakistani ancestry, is also the first Asian American to sit on the federal bench in New Jersey. A Rutgers Law School graduate, Mr Quraishi served as a military prosecutor and achieved the rank of captain in the US Army Judge Advocate General Corps. He was sent to Iraq in support of Operation Iraqi Freedom in 2004 and 2006, the White House said.

More recently, he was a partner at Riker Danzig where he led the firm’s white collar criminal defence and investigations department and served as the firm’s first chief diversity officer. He also served as an assistant US attorney in the US attorney’s off ice for the District of New Jersey and assistant chief counsel at the Department of Homeland Security.

Mr Quraishi received congratulations from several US leaders and organisations including the American Pakistani Public Affairs Committee, which hailed his nomination as “history in the making”.

Mr Biden campaigned on bringing diversity to the judicial bench and the White House is highlighting the speed of bringing forth such nominations.

“The intent to nominate 11 individuals today is faster than any president in modern history,” the White House said. Mr Biden’s predecessor, Donald Trump, also made these nominations a priority, appointing more than 200 judges to the federal bench in four years.

In contrast, former US president Barack Obama was criticised for a slower pace and narrower legacy in shaping the federal bench.