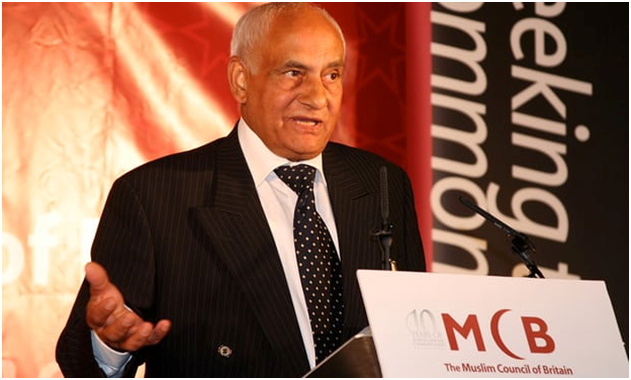 KhurshidDrabu, who has died aged 72, was Britain’s first Muslim judge, holding senior posts on immigration and asylum tribunals between 2000 and 2016. He was among those who helped to found the Muslim Council of Britain, the largest cross-sectarian umbrella body of mosques and related organisations in the UK.

However, it was also important to him that his work should extend to the wider community, as an adviser to the Ministry of Defence; as a trustee of the Joseph Foundation, promoting interfaith understanding between Muslims and Jews; as a member of the Mental Health Review tribunal; and as a magistrate.

In 1984, when he took on this honorary post, he was deputy director of the UK Immigrants Advisory Service (UKIAS), advising immigrants on making the most of their rights, and he went on to become deputy legal director and head of litigation at the Commission for Racial Equality (1990-97), giving assistance to hundreds of people.

These were formative years for the development of Muslim and other faith identities that often complemented ethnic identity in Britain, and Drabu encouraged the CRE to seek to ensure all faiths were equally protected from discrimination. In 1997 he became a special adjudicator of immigration appeals.

In the same year the Muslim Council of Britain came into operation. Drabu had advised on its constitution, and went on to oversee its elections. As a result of the heightened political and religious climate that followed 9/11, the MCB found itself the target of criticism, but Drabu focused on governance and democracy, responding to attempts to delegitimise the institution by saying: “It is the same old story – we will only accept that a nation or people has gone through a democratic process in electing its leadership if the leadership that it delivers sings from our hymn sheet.”

In 2007 he helped create the Mosques and Imams National Advisory Board, with the aim of promoting good governance in mosques and higher standards for imams. It also looked to build bridges between Sunni and Shia communities.

Drabu’s honorary work with the armed forces from 2001 led four years later to the appointment of a full-time imam. After establishing with scholars the legitimacy of military service as an expression of loyalty to the nation, he encouraged Muslims to join the forces and supported roadshows taken to mosques around Britain. He downplayed his role in raising the number of serving Muslims to more than 800: “All I told them was to provide halal food and the rest just happened.”

A native of Srinagar, India, in the northern region of Kashmir, Khurshid was the only son of GhulamNabiDrabu, a tax commissioner, and his wife, Zarifa (nee Ashai). From Tyndale Biscoe school he went to Sri Pratap College, Srinagar, and gained a BA in political science. Then came a first-class law degree from Aligarh University (1969), alongside first-class cricket as an opening batsman for Jammu and Kashmir (1963-70). A high point came with hitting the Test bowler BishanBedi for four fours in an over.

In 1971 Drabu travelled to the UK and lectured in law, being called to the bar in 1977. After two years as an advocate at the high court in Kashmir (1978-80) he returned to Britain and established his expertise in immigration law, winning a number of landmark cases. Starting with the UKIAS as a counsellor, he set about the work that in 2010 was recognised in his appointment as CBE.

He is survived by his wife, Reefat (also born Drabu), whom he married in 1972, three daughters, Aliya, Farrah and Zayba, and a son, Hamza.