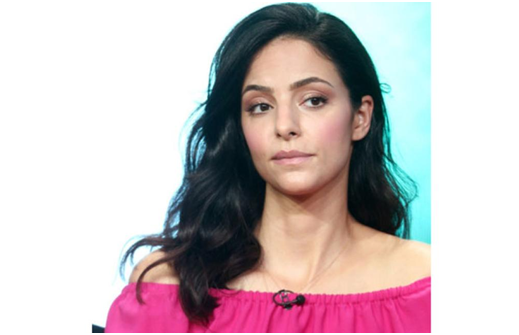 BEVERLY HILLS, Calif. – Tala Ashe is thrilled to debut her new character, a Muslim-American superhero joining season three of “DC’s Legends of Tomorrow.” It’s a particularly poignant moment for the Iranian-born, Ohio-reared actress who described the hardship of portraying stereotypical characters in the past.

One of Ashe’s first breaks was on a soap opera. She took the role to pay the bills, but said she would never agree to the part now.

“It’s still actually painful for me to talk about because I, it was such a stereotype,” she recalled. “I try not to berate myself for taking it because I understand the reasons that I did. But I would never, I would never say ‘yes’ to something like that now. … Going through that experience taught me the power of saying ‘no’ and saying like, ‘Actually I’m not OK with that.’ And if that’s all there is out there for me then it’s OK. I’ll go work in a law firm pouring coffee. I’d rather do that then to be part of promoting that stereotype.”

Her experience playing Zari, a computer-hacking superhero in “Legends” could not be more different.

“What is great is (her ethnicity) is an aspect of who she is, as much as she’s an activist and she’s a strong woman and someone who speaks truth to power,” Ashe said. “It’s really important that we have representation in the media and specifically we have Muslim-American representation that isn’t just positive in a sort of rosy, un-nuanced way, but is a real person. And there’s so much of the other right now and there’s so much making Muslims ‘the other’ that I’m excited to play this character in what I hope will be a very nuanced and sensitive, accurate way.”

Ashe was particularly impressed when showrunners brought in a Muslim-American writer to help craft her role and hopes that kind of inclusivity will spread throughout Hollywood.

“I do think there are more stories being told. I think more stories can be championed both in theater and in television and certainly in movies. I think we have a long way to go in terms of representation in movies. But I think TV is doing kind of the best job in terms of realizing that we need to reflect our world and that it matters,” she said.

Ashe aims to be a positive role model for young fans and perhaps break down a few stereotypes along the way.

“I’m excited to see what the reaction is and if it can make someone feel a little less alone or – here’s the big hope – if it can change a mind,” she said. – AP