Meditation has a rich 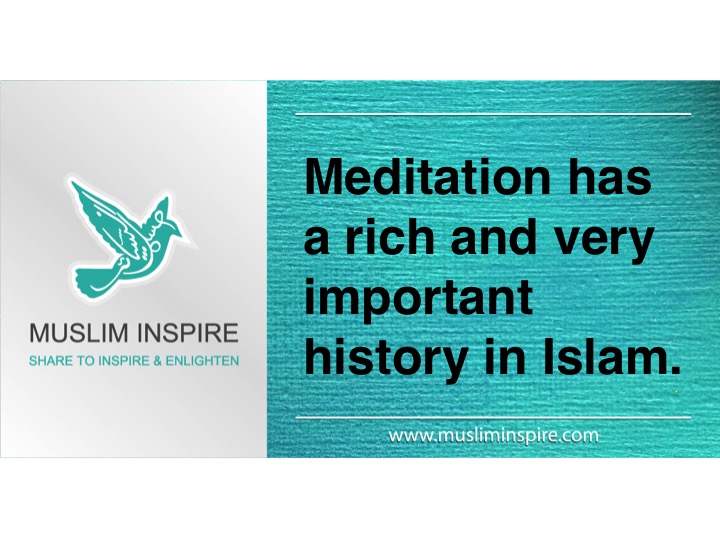 Meditation has a rich and very important history in Islam. Before the Prophet would receive the first revelation he would spend hours away from society on Mount Noor in meditation. He would contemplate the situation Mecca was in. The Prophet knew something within his society was amiss and used isolation and silence to understand what was happening around him. And this is the important aspect about meditation in Islam, is that, it predates revelation, but was useful to Prophet Muhammad.

At the time that the Prophet was meditating, there was not a revelation that told him to do so; it was a natural reaction to his social/spiritual circumstance. This is where meditation becomes important for Muslims. There is an ideology among many Muslims that, by following rules we get closer to Allah. Which is very much true and also very much incomplete.  As Muslims, eating pork and drinking alcohol are forbidden. These are simple rules any Muslim scholar will agree with, no question. But, asking scholars if meditation is allowed or not, there will be disagreements among them.

Salaah has sacred rules that must be followed to ensure that it is being done correctly and to the pleasure of Allah. In meditation, we are able to explore what we say and what we do, while still in a structured setting. Salaah is worshipping Allah, as where, meditation is exploring why we worship Allah. Meditation can be used to center ourselves and truly explore our most inner thoughts, which may not be explored during salaah.

For some the rules in Islam are the way to Allah, as stated before. And this is key to remember, the Prophet was not just a “lawgiver” as many see him as. He was also the spiritual leader of the Muslims. As with Judaism there is an ideal of salvation by following rules; and Christianity is simply salvation by belief. Islam is a journey in the middle of these two. And with that we must ask ourselves not if meditation is Islamic or not but, is meditation useful or not.