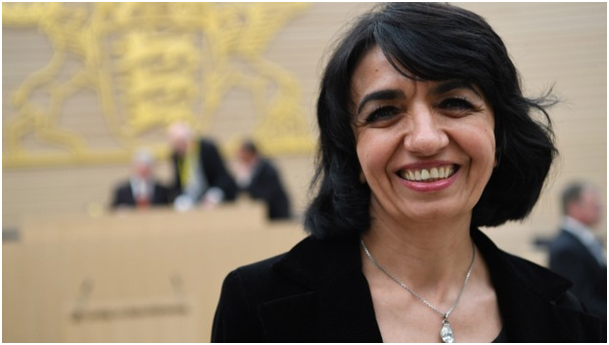 The first Muslim woman in Germany has been elected as the speaker of a state parliament in what she described as a “historic” step for the country.
Muhterem Aras,Green Party politician, took the place of duty in Baden-Württemberg from a associate of a accepted right-wing party in 2016.
“We wrote history today,” she stated after winning the vote with impressive majority.
Muhtarem Aras, age 50, said her triumph sends a message of “honesty, broadmindedness and flourishing integration”, The Local reported.
This impressive politician was born in Turkey, but she immigrated to a town near Stuttgart with her family as a adolescent and studied economics previous to founding her tax advice firm.
As for her political profession, it initially started in 1992, stating herself for the Green Party on the local council and raising her ambitions through the local party firstly to become to become its local leader, then to enter the Baden-Württemberg state parliament.
She was chosen as “Landtagspräsident” by 96 local MPs, therefore becoming the first Muslim woman to take such position in the office.
Members of the anti-immigration party Alternative for Germany (AfD) declined to join the round of applause during Ms Aras’ first sitting as anorator, the SüddeutscheZeitung reported.