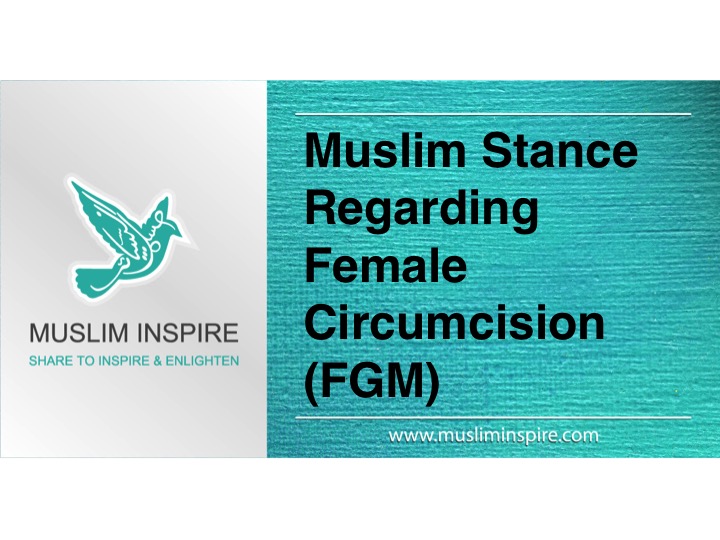 Female circumcision, or as is commonly termed by the West , female genital mutilation, has been a hot topic in many congresses and many NGOs (not to mention the media) for many years now.

The public, however, hasn’t been well informed on the subject, whether one means the West that hears about the subject in complete terror, or the East that practices the ritual in ignorance.

Dr. AbeerBarakat, assistant lecturer of public health, Cairo University, researched this subject in 1997, and with her study and some of our own research we will try to elucidate the public on this much discussed topic.

Several classifications of female circumcision exist; one of which (for simplicity) is the following:

• Clitoridectomy (1st degree circumcision) is the removal of the prepuce of the clitoris.

• Infibulation (4th degree circumcision) -or Pharaonic circumcision- consists of removal of all the external genitalia, the whole of the clitoris and the entire labia minora.

In the WHO classification one additional type called Type 4 exists which includes all other unclassified practices involving female genitalia.

Where Did It Originate?

It is difficult to ascertain whether it was originally an old African puberty rite that reached Egypt by diffusion or a Pharaonic survival plan that fits within the Egyptian cultural patterns and has subsequently spread to other parts of Africa.

In a Greek papyrus in the British Museum dated 163BC, reference is made to the circumcision of girls in “MnNefer” aka Memphis at the age when they received their dowries.

However, Elliot Smith, the Egyptologist, stated that there is no evidence of infibulation in pre-dynastic or later Egyptian mummies.

Among the various tribes inhabiting the West Coast of the Red Sea, the Kreophagoi were said to mutilate their sexual organs and excise the genitals of their women in the Jewish manner.

Jesuit missionaries and others have referred to the prevalence of excision in Ethiopia from the earliest Christian times.

The early Roman technique of slipping rings through the labia majora of their female slaves to prevent them from becoming pregnant, and similarly the chastity belt, introduced in Europe in the 12th century by the Crusaders, were intended as a barrier against unlawful sex. (The chastity belt was a chain belt that was locked and held a metal plate in the genital region with only an opening for urination.)

In the USA, a female circumcision and excision were forwarded by the Orificial Society, which was formed in 1890. Anthropologists for some of the original inhabitants of Australia have reported Introcision, or cutting into the perineum to enlarge the vagina as a puberty rite, in the past.

How Prevalent is It?

The practice of female circumcision is widespread in Africa. According to the Egyptian Demographic and Health Survey (EDHS) done in 1995, 97% of the ever-married females questioned had been circumcised. The prevalence was only 90%, however, with those with secondary or higher education as well as in the frontier provinces.

Female circumcision is not practiced neither in the majority of the Muslim Middle East, nor in the Arab countries of the Arabian Peninsula, with the exception of Yemen, the United Arab Emirates (UAE), Bahrain and Oman. In Bahrain, genital operations are rapidly decreasing, and consist of a cut made over the clitoris.

Documentation on the prevalence of different types of FGM began in the early 20th century with reports by European travelers and missionaries.

FGM is reportedly practiced among a few groups in Asia and among some in Australia.

Reasons Behind Its Performance

Many reasons exist for people of different cultures to perform this operation and they vary as much as the cultures themselves.

• Chastity and preservation of virginity are the most common motivations for the performance of female circumcision. It is believed that by performing the operation in its mild form the sexual desire of the girl is decreased thus hindering the chances of sexual promiscuity. In its more severe forms, as in stitching the vaginal orifice, which occurs in some African communities, the girl is physically prevented from being approached sexually. The importance of maintaining virginity is utmost as the girl is meant to be approached only by her future husband and some think that female circumcision is one of the ways to ensure her virginity for that moment.
• Tradition: the acceptable image of a woman with a place in society is that of one who is circumcised among other various characteristics. The fear of losing the psychological, moral, and material benefits of “belonging” is one of the greatest motivators of conformity. The notion of sexual victimization through performance of the operation isn’t felt while women and girls remain firmly within their own culture. However, unmarried girls who move into European circles are beginning to be conscious of it. It is difficult to assess the psychological damage of a tradition that is so universally accepted.
• Hygienic motivations: It is believed that the secretions produced by the glands in the labia minora and majora are foul smelling, unhygienic and so make the female body unclean. However, in uncircumcised women, it is very easy to clean the external genitalia. It is only in the rare cases where there is a stricture of the prepuce of the clitoris (phimosis) or elongation of the prepuce (foreskin) that is difficult to clean; in such cases a properly done surgical circumcision without encroaching on the clitoris may be required.
• Male approval: the argument that circumcision enhances male sexual performance is only valid where males have been conditioned to believe that sexual pleasure and prowess can only be achieved with circumcised women who are subdued and passive during the act itself.
• Mystical and ritualistic factors: the circumcision ceremony (in many countries) includes many superstitious performances depending on the country of origin ranging from the time of day in which it is performed to wearing protective necklaces.
• Education versus ignorance: statistics have proven that a strong relationship exists between the type circumcision chosen and the parents’ education. Daughters of highly educated parents are commonly either not circumcised at all, or if circumcised, the 3rd degree or the intermediate type is chosen in preference to the 4th degree.
• Financial motivation: the cost of the operation is beneficial to certain people who perform the operation such as traditional birth attendants and some qualified doctors who perform the operation.
• Other reasons: some believe that female circumcision is one of the rites that allow passage of a girl from childhood to femininity. External genitalia are considered ugly and become more beautiful after circumcision.