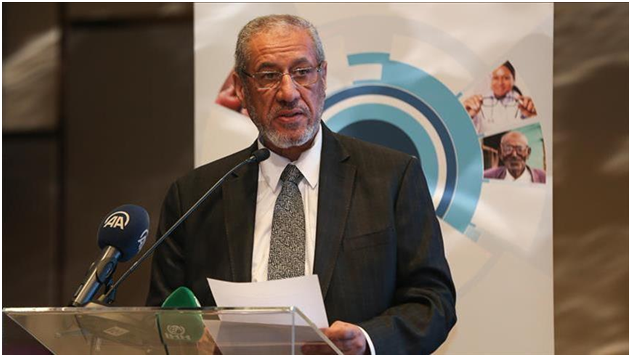 ISTANBUL – The Islamic Development Bank (IDB) of the Organization of Islamic Cooperation (OIC) has created a US$30 million fund to conduct more than 100,000 cataract surgeries and provide glasses to a million children in Africa, the OIC’s International Islamic Trade Finance Corporation (ITFC) head announced on Monday.

“About 33 million people in Africa suffer from visual impairment, which in around 75% of cases can be prevented or treated, especially those related to cataract,” informed ITFC’s Chief Executive Officer, Waleed al-Wohaib, during a coordination meeting for the fight against blindness in Istanbul, Turkey, Anadolu Agency reported.

The cataract clouds the eye’s lens, hindering the vision of patients, according to the World Health Organization (WHO).

This disease is the cause of half of blindness and 33% of visual impairment worldwide. About 20 million people around the globe are blind due to it. A cataract surgery costs around $75, according to Turkey’s Humanitarian Relief Foundation.

Muslims and the Islamic World have a long history with cataract as the medieval Muslim ophthalmologist Ammar Al-Mawsili, in his “Choice of Eye Diseases”, written in the year 1000AD, described his invention of a syringe and the technique of cataract extraction.

In 2008, the IDB formed the Alliance to Fight Avoidable Blindness (AFAB) under the Islamic Solidarity Fund for Development (ISFD) to provide eye care to nearly quarter million people in eight African countries between 2008 and 2015.

The ISFD, which has $10 billion capital, was inaugurated by the IDB to reduce poverty, provide economic empowerment and healthcare in 2005.

“The fund approved $5 million out of an estimated $30 million, being the total cost of the program,” the official stated while also mentioning that another coordination meeting for the second phase of the AFAB would be organized on the sidelines of the IDB Group Annual Meeting in Tunisia in the first week of April.

The umbrella organization of the IDB, ITFC, AFAB, and ISFD is the OIC which was founded in 1969 as the collective voice of the Muslim world to safeguard and protect the interests of the Muslim world in the spirit of promoting international peace and harmony.

The OIC encompasses 57 members states; where the majority of them are Muslim-majority nations while a few have Muslim minorities. As of 2008, the collective population of the OIC was over 1.6 billion people making it one of the largest international organizations in the world.