Palestinian Muslim honoured by the Pentagon 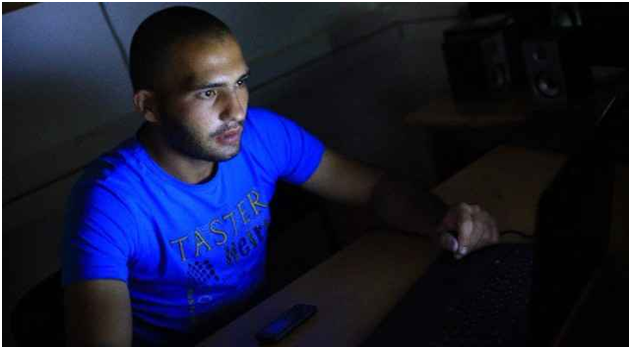 Who says Muslims are only perceived as threat in the USA? This young Palestinian who goes by the name AmjadQabha proves that if your talent and skill surpass the stereotypes as recently he was honoured by Pentagon for the assistance in fight against the theft of personal data. In the IT world, this young man is known as the ethical hacker, as he mainly searches for loopholes inside the huge websites like Google and in this case Pentagon to protect them against cyber-criminals who aim for the data accessible online.
This isn’t the first time Qabha made it to the headlines, as he is already known for his skill, even though he mostly does it for his own ethical reasons. Apart from this, Qabha works on construction sites to earn his living which is generally odd given the job as the IT expert could get him wherever he wants, but the thing that makes Qabha different from the others is the idea of the world where problems are solved.Qabha is happy with what he has and for him, the main goal of this job is to draw attention to the suffering of his people and in the end, the disaster his country is enduring due to the long war.
The newest contribution to the online safety was noted by Pentagon as what Qabha has uncovered was the flaw in the system that allowed other cyber-criminals to find out the personal data about the Pentagon agents, and as he found the flaw known as Cross-Site Request Forger flaw he immediately reported it so Pentagon had time to fix it before someone else used the advantage.