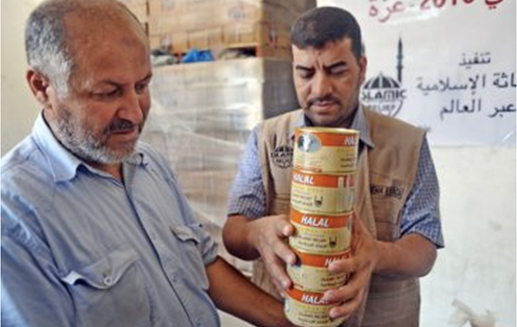 When Haj Bashir was a child in the village of Sanour, he learned that planting trees is like having children. “When you plant an olive tree, you have to take care of it and water it until it is at least sixteen years old. After that it starts to take care of itself with God’s rainwater,” he says. Some of Haj Bashir’s trees are exactly the age of his eldest son who is now 40 years old. As father of eight daughters and three sons, he prides himself on his hard work and the fact that he is able to take care of 16 members of his family through his work as a farmer.

More olives and more friends
While he does not own a lot of land, Haj Bashir plants and harvests 80 dunums in 9 different lots in his village. Working under the Hussa, or crop sharing system, Haj Bashir tends to lands that belong to people who no longer live in the village or have left the country. In exchange for his work he gets to keep a large percentage of the oil he produces or keep it all and pay the landowners their share in cash. Among his multi-crop fields, one can find anise, sesame, chickpeas, wheat, and of course olives. Since he started working with Canaan Fair Trade, Haj Bashir says his financial yield has increased and so have his friends:

“Before we started our Canaan FairTrade Co-op in Sanour, I did not have a relationship with the other farmers. Today, we are like brothers. We work together, plan meetings, make collective decisions, and visit each other in weddings, funerals, and holidays. The most important thing is that now we all take care of each other’s interests. Before our co-op was formed, farmers in my village were only concerned about their own property. Today we really feel a spirit of camaraderie.”

On a larger scale, Haj Bashir believes that his experience as a Fair Trade farmer has connected him to a wider global movement and has sprouted seeds of hope and strength in his heart. “I no longer feel alone as an organic farmer because I am now aware that there are other farmers in the world who are oppressed and who have the same struggle as we do here.” When asked how he feels about people from other countries who come to visit him he says: “If you never visit people, you don’t know they exist. These visits change my perspective completely because now I know that a person in the West care and that makes me and my family care for them in return.”

However, when it comes to oil quality, Haj Bashir likes to sit up straight as he explains with a big smile that after passing the organic certification and realizing that people in Europe and America are eating his olive oil, he felt the joy of someone who has just passed a big test. “I feel so proud to know that there are people around the world who are eating their salads with the olive oil I produce. There is no bigger joy than this.” Haj Bashir and the other farmers in the Sanour Coop are looking forward to this season of olive harvesting.

This year they will use their premiums to buy burlap bags and sheets to put under the trees during picking. They are excited that this year’s crop is expected to be good and they are looking forward to meeting new friends from around the world who like to pick olives, enjoy a cup of tea, and a good day in the field!