Shaving the Hair of a Newborn: Necessary? 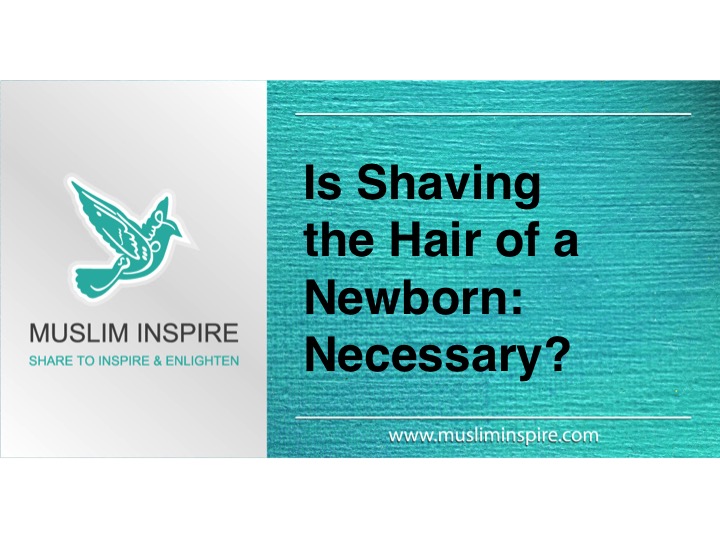 Shaving the head of the baby is among the rites of `aqeeqah. So a Muslim should never hesitate to do the shaving as well as all other Sunnah acts of `aqeeqah, for they entail obedience of the Prophet (peace and blessings be upon him).

The `aqeeqah process consists of the following rites: shaving the head of the child and donating its equivalent in weight in charity; sacrificing a goat or a lamb and offering the meat in charity as thanksgiving; and giving the child a good name.

Thus you should never hesitate to shave the head. If you are afraid of doing it yourself, you should get a barber or some experienced elder who can do it for you. Just as it is important from a religious point of view, it is also good for better hair growth. So don’t skip it.

As for weighing the hair, it should also be done. An ordinary, sensitive kitchen scale is all that is necessary for this purpose. If you cannot find one, you may go by an educated guesswork. In this case, it is better that you err in terms of giving more, rather than giving less.

As for the meat, if you are giving a feast, you should make sure that you invite some poor people to partake of it. For the original purpose of `aqeeqah is not to feed those who are rich and well-fed. Rather it is intended to offer an avenue for feeding the poor and indigent. An alternate way is to pick out some poor families and offer part of the meat to them, in case you are unable to invite them for the feast.

Finally, the `aqeeqah ritual is the first step towards initiating the child into the Islamic faith and practices. Following this, you and your wife bear the added responsibility of nurturing sound faith, values, ethics, and morals in the child in your everyday living. May Allah grant you the strength and knowledge to shoulder this heavy responsibility, amen.