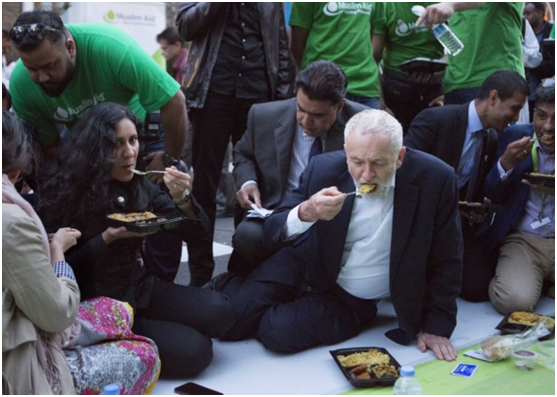 Speakers including Labour leader Jeremy Corbyn praised the community’s response to the attack outside the Muslim Welfare House in Seven Sisters Road on June 19, which killed Makram Ali and injured at least eight others.

Muslim Welfare House “hero imam” Mohammed Mahmoud, who was praised for keeping attacker Darren Osborne safe until the police arrived to arrest him, said: “It was a year ago when a cowardly attacker perpetrated a heinous crime, not only against the Muslim community but against everyone living in London.

“He wished to create a rift between communities to tear us apart and he failed. He failed epically.”

RuzinaAkhtar, whose father Mr Ali died in the attack, said: “Although last year was a very tragic year for our family that took our beloved father from us, we would like to remember the positives that came out from those days, with the community showing love and support.”

He added he was proud of the children of local schools for the support they offered, particularly Pakeman Primary School, whose students marched in white around the community playing The Beatles’ “All You Need Is Love” on a loudspeaker.

Muslim Aid CEO Jehangir Malik said: “We as a community have come together in defiance, in resistance, in resilience to demonstrate the beauty of Londoners and human beings.

“The amount of solidarity and support that the mosque has been receiving over the last year has been phenomenal.”

However, the event’s optimism was tempered by the recognition that Islamophobia remains a serious problem.

Supt Nick Davies said: “There is some clear Islamophobia, particularly in the aftermath of these attacks, and a rise in the far right – but we have also seen a rise in reporting and trust.”