Syrian Immigrant teen gets record GCSE results and now plans to be a doctor, Inspiring Story 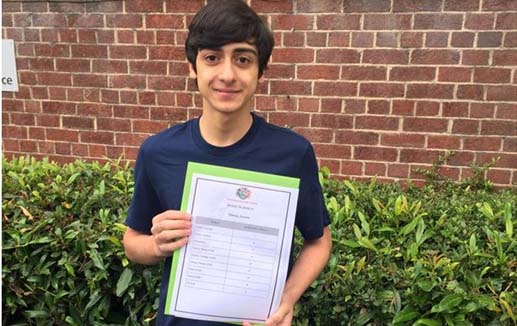 A schoolboy who left war-torn Syria is celebrating after receiving some of the best GCSE grades in his school.

HamzaJouma joined Birkenhead Park School two years ago from Romania – where he lived for four years after his family were forced to flee from Syria.

The 16-year-old got some of the best grades in his class – especially in English where he gained a 7 grade, despite English being his third language.

Hamza and his family left Syria when he was ten and he’s thrilled with his results as he wants to become a doctor in the future.

Hamza said: “We came to England two years ago because my father thought our educational opportunities would be better over here.

“I can’t believe I got a 7 in English, I’m really proud of that.

“I’m now going to go to Birkenhead Sixth Form and study physics, biology, chemistry and maths, because I want to become a doctor like my dad.

“I also want to study Arabic in my first year.”

In total Hamza achieved nine GCSE’s from A* to B.

Hamza’s older brother Abdou also achieved record GCSE’S at the school last year, leaving with 10 GCSE’s at A* to B.