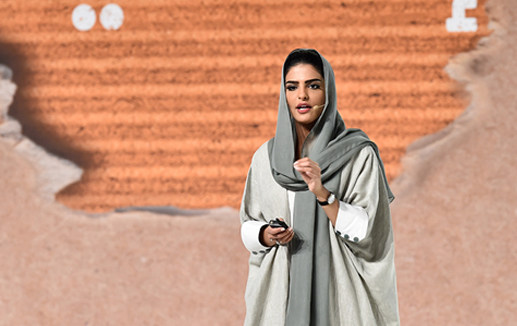 Terrorists and extremists putting on a false mask of Islam have hijacked a number of sensitive and passionate terms which 1.8 billion Muslims use day in day out. Here is an educational video to clear any misconceptions people may have of the phrase Allahu Akbar.

Every Muslim should take the responsibility of portraying the true image of Islam and restore the meaning of the hijacked term “Allahu Akbar” (God is the greatest) said Saudi Princess Amerah Al Taweel, on the second day of the Arab Media Forum in a session titled ‘Inspiration for Good, Messages of Humanity’ in May, 2016.

Referring to Islam as “a beautiful religion with its simple symbolism”, Princess Amerah highlighted the association of the term ‘Allahu Akbar’ with terrorist acts and violence by extremists in the region.

“This term is used to show the greatness of God, but it has sadly been contaminated by terrorists and extremists who shout it when committing their horrendous, violent crimes,” she said.

According to statistics, the term ‘Allahu Akbar’ was searched 79 million times on social media sites and search engines in only one year, added Princess Amerah.

“This shows that people around the world are interested in finding out more about Islam, and it is our individual responsibility as Muslims to protect our religion and inform others about its beauty.”

She pointed out that there has been a focus on creating research centres and museums to present Islam to the world, however, the efforts have been overshadowed by individual acts of hate and terror.

Recalling a survey carried out by Twitter about people’s perceptions of Islam, Princess Amerah said only 12 per cent of users said they had a negative view of the religion, five per cent had a positive view, and 83 per cent felt neutral about Islam.

“Only 12 per cent of Twitter users have negative views on Islam. More than 280 million Twitter accounts in the Arab world can help project the true image of Islam,” she said.

She told her audience to help change the distorted image of Islam by making one post a week on the teachings of Islam on social media channels.

“Terrorists shout Allahu Akbar before destruction, but we say it before celebrating our occasions, during every prayer, whenever we see beauty, and when we are weak, scared, and happy,” concluded Princess Amerah.

Here is what Prophet Muhammad (ﷺ) said about the Khawarjjs, those who claim to be Muslims yet are far from Islam

❝…They are the worst of the creation. Blessed are those who fight them and are killed by them. They call to the Book of Allah but they have nothing to do with it. Whoever fights them is better to Allah than them.❞

❝If the Khawarij ever gained power, they would corrupt the entire earth, Iraq, and Syria. They would not leave alone a boy or a girl or a man or a woman, for in their view the people have become so corrupt that they cannot be reformed except by mass killing.❞