The faces behind the new Leeds food bank in Harehills that has fed 2,000 families 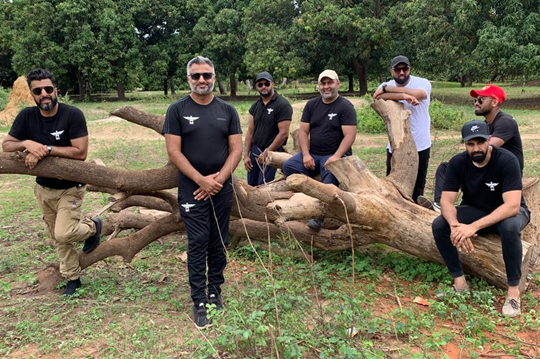 A new food bank that opened in Harehills only six weeks ago has already helped 1,800 struggling families.

Although they have worked on a number of projects abroad, the non-profit charity launched a food bank at home after seeing families struggling during the coronavirus pandemic.

Mo Ali, 41, who grew up in Harehills, said since they opened they have been in touch with schools around east Leeds who they now provide weekly food parcels to including Hovingham Primary School and Roundhay High School.

They have also distributed food to families around Chapel Allerton and Roundhay. On Christmas Day, they even took food parcels to an elderly home in Cross Gates.

Despite, opening to help people because of the pandemic, the organisations plans to stay long term.

Mo said: “I’ve been born and bred in Harehills, the same house my father bought about 60 or 70 years ago for about £300, I’m still living in that house.

“Its a shame about the bad press the area gets but the locals also need to make the effect themselves. We are local people. The foodbank has been set up by Harehills children, now men. We’re proud that we’re a Harehills charity, a Leeds charity and a Muslim charity.

“We help all people regardless of their religion or background.”