What is Islam and who is a Muslim? 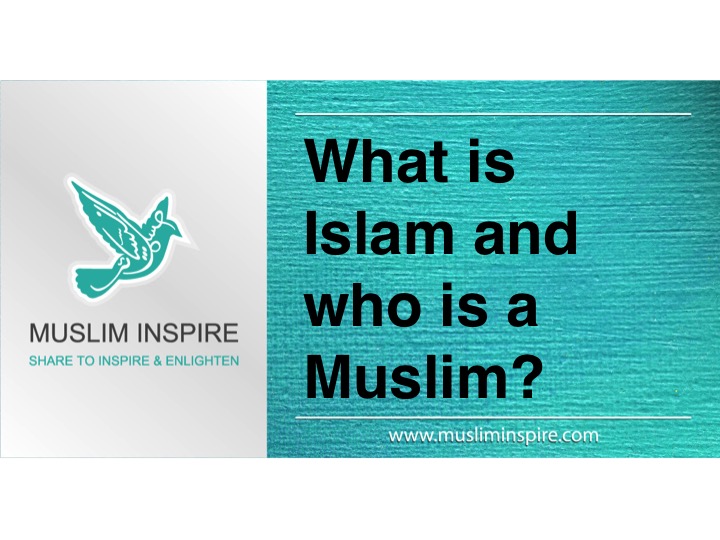 “Islam” is an Arabic word that means peace and submission. The “peace” in Islam means to be at peace with oneself and your surroundings and “submission” means submission to the Will of God. A broader meaning of the word “Islam” is to achieve peace by submitting to the Will of God. Islam is a unique religion with a name that signifies a moral attitude and a way of life. Judaism takes its name from the tribe of Judah, Christianity from Jesus Christ, Buddhism from Buddha, and Hinduism from the Indus River. However, Muslims derive their identity from the message of Islam, rather than the person of Muhammad (salla Allah ‘alyhi wa salaam-peace and blessings be upon him). Therefore, Muslims should never be called “Mohammedans”.

Who is a Muslim?

The word “Muslim” means the one who submits to the Will of God, declaring that “there is no one worthy of submission except the One God and Muhammad is the messenger of God.” In a broader sense, anyone who willingly submits to the Will of God is a Muslim. Thus, all the prophets preceding Prophet Muhammad are considered Muslims. The Qur’an specifically mentions Abraham who lived long before Moses and Jesus that, “he was neither a Jew or a Christian but a Muslim,” because, he had submitted to the Will of God. Thus, there are Muslims who are not submitting at all to the Will of God and there are Muslims who are doing their best to live an Islamic life. One cannot judge Islam by looking at those individuals who have a Muslim name but in their actions, they are not living or behaving as Muslims. In fact, many Muslim Americans have not even adopted traditional Muslim names and there are good Muslims. The extent of being a Muslim can be according to the degree to which one submits to the Will of God in his beliefs and his actions.