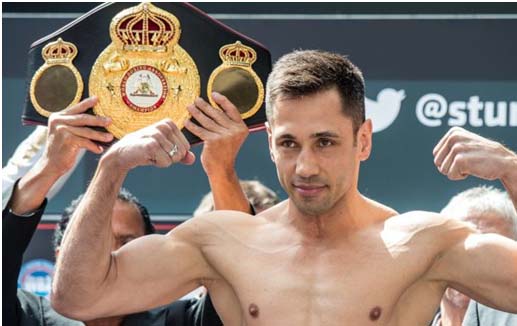 Felix Sturm is definitely one of the people you should know about, as this young boxing star is one of the rare gems, the Muslim, and two-weight world champion, something that you definitely is impressive, and at the same time something inspirational, for everyone. His real name is Adnan Catic, and he began his career as boxer back in 2001 by facing Antonio Ribero, and a few months earlier, under a name of Felix Sturm, he had also qualified for a Olympic Games in Sydney but lost to the future middleweight champion Jermain Taylor.

What followed after were 16 successful matches and WBO inter-continental middle weight title. Sturm was majorly successful in the years that came and in 2006 he was already three-time world champion, and that was just the beginning, as in 2014, Felix Sturm also became Germany’s first four-time world champion, and by this day Boxing federation considers him to be super champion in the middleweight category.

What drives this man to continue, we know, as he is open with the press and often shares the details. The main reason why he still continues the fights is not simply because he enjoys the sport, but to provide for his family and that’s something we all admire, as it is rather rare to find the role model that has no need for the life that this amount of money allows, and often people lose track, whether in one field or another. Felix Sturm has no need for such things, as his main occupation are his father, his wife and the children, which makes him a role model worthy of our time and someone that we can admire for the true qualities, as he openly states that he is a practicing Muslim as well and can be often seen attending the Friday prayers in local mosque, where he is always approachable for a chat.

Recently, in 2016, he started energy drink production, and the energy drink brand under a name Heavy 1, which is majorly planned to debut in Arab countries, as that is his personal wish. In conclusion, wewould like to remind you this is a real time story about a man that you can meet on streets of Germany and approach him, invite him over for a coffee, and share your thoughts on life with him as well, as he remained humble despite the success.